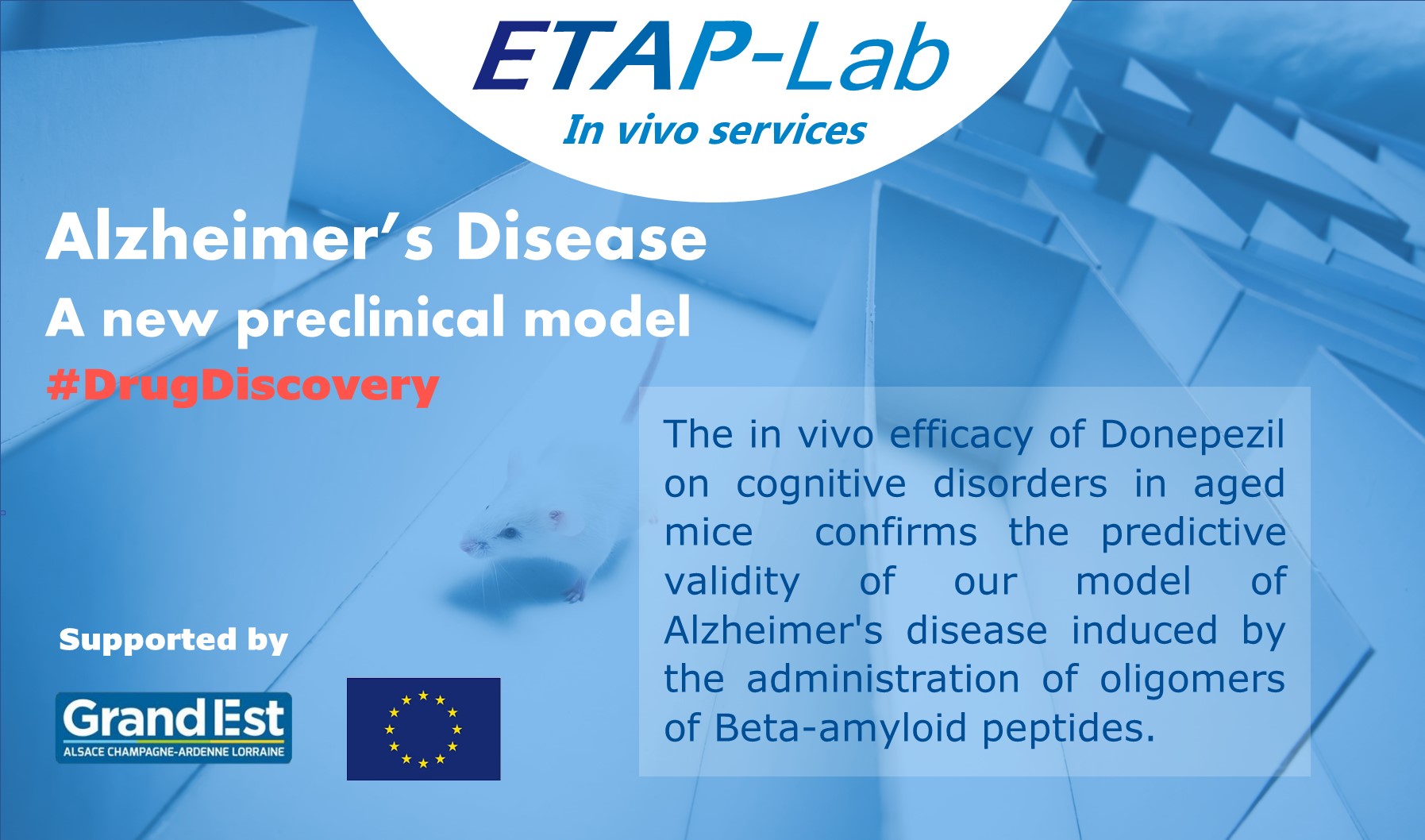 As announced a few weeks ago, we tested the effects of donepezil (DPZ) in our Alzheimer’s disease model, induced by the administration of beta-amyloid oligomers 1-42.

We have shown that memory disorders induced by A-Beta oligomers could be significantly reduced by this symptomatic treatment of Alzheimer’s disease. This strengthens the pharmacological validity of our model. In addition, we have once again shown the reproducibility of our model. 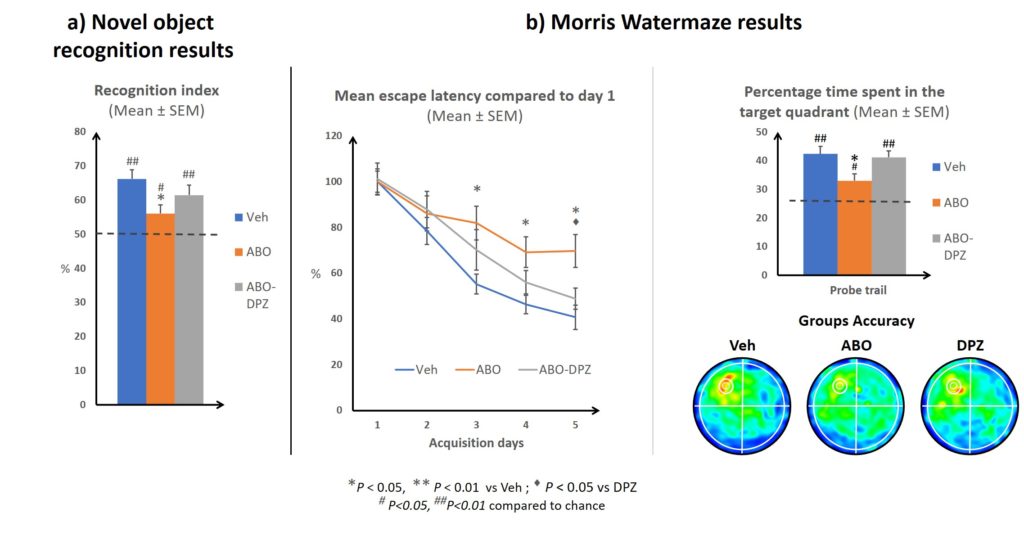 These replicated results show that the administration of DZP can mask the effects of the ICV injection of ABO, restoring the animals’ ability to learn  in both a short-term memory (NOR) testand a long-term spatial memory (MWM) test

We will soon be sharing our biological analysis results with you! To keep up with the latest news on this, please follow our linkedin ETAP-Lab page.

Should you require any further information, please feel free to contact us .

This research was carried out as part of the Bioprolor2 programme. Bioprolor2 is co-financed by the “Region Grand-Est” and the European Union through the operational programme “FEDER-FSE Lorraine et Massif des Vosges 2014-2020”