Atopic dermatitis is a chronic allergic disease of the skin characterized by pruritus and eczematous skin lesions. It affects about 10 million people in the world, leading to a significant reduction in quality of life, and its incidence is continuously increasing in westernized countries. The pathogenesis of atopic dermatitis is unknown, but the disease seems to be correlated with specific immune and inflammatory mechanisms and keratinocytes, which are the main type of epidermal cells, play a key role in the pathogenesis as they release various inflammatory mediators. The majority of atopic dermatitis patients have elevated serum IgE levels and infiltration of immune cells such as mast cells, eosinophils and lymphocytes in the skin. Mast cell activation by IgE is release inflammatory mediators, such as histamine, as well as cytokines that play an important role in allergic inflammation.

2,4-Dinitrochlorobenzene (DNCB) is an organic compound which is known to cause atopic dermatitis and it is used to develop relevant preclinical models of the human disease in mice by repeated topical applications. It induces the production of several cytokines such as IL-1β, IL-6, IL-18 and TNF-α, IgE and histamine, as well as itching resulting in scratching behavior.

ETAP-lab has validated the DNCB-induced atopic dermatitis model in Balb/c mice. Repeated cutaneous applications of DNCB dissolved in an olive oil/acetone mixture (5 weeks for both sensitization and challenge phases) on the back skin of mice cause elevation of the severity of atopic dermatitis (SAD) estimated macroscopically as the sum of erythema/hemorrhage, edema, excoriation/erosion and scaling/dryness (Figures 1 and 2). Histologically, significant inflammatory cells infiltration into the dermis with also increased number of mast cells, hyper- and parakeratosis, and a thickening of the epidermis are observed in DNCB-treated skin (Figures 3 and 4). An increase of blood serum levels of cytokines such as IL-1β, IL-6, IL-18 and TNF-α, and IgE and histamine is also observed (Figure 5). The observation of the behavior of mice performed during 20 minutes on the last day of the experiment also highlights the increasing number and time of licking and scratching of their back skin and on the contrary the reduction of the number of rearings performed and the distance traveled in the behavioral device. The commonly used dermocorticoids betamethasone (0.1%), desonide (0.1%) and hydrocortisone (1.0%) applied topically as a curative treatment starting 5 weeks after the induction of atopic dermatitis reduced significantly these DNCB-induced atopic dermatitis changes in comparison with untreated mice and mice treated with a neutral ointment and allowed progressive regrowth of hair (Excipial) (Figures 1 to 5).

Figure 1: Effects of treatments on the severity of atopic dermatitis (SAD) 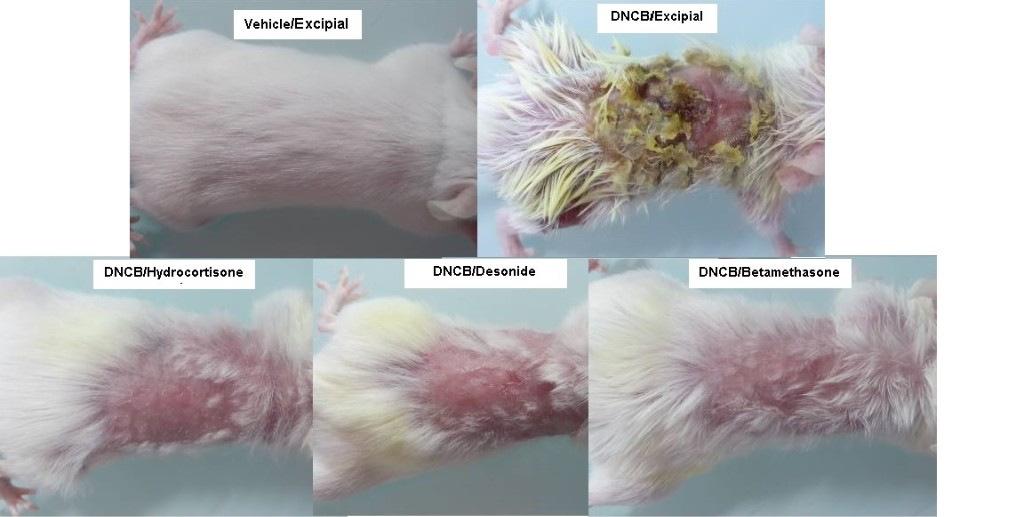 Figure 2: Effects of treatments on AD-like skin lesions at the end of the experiment (Day 40) 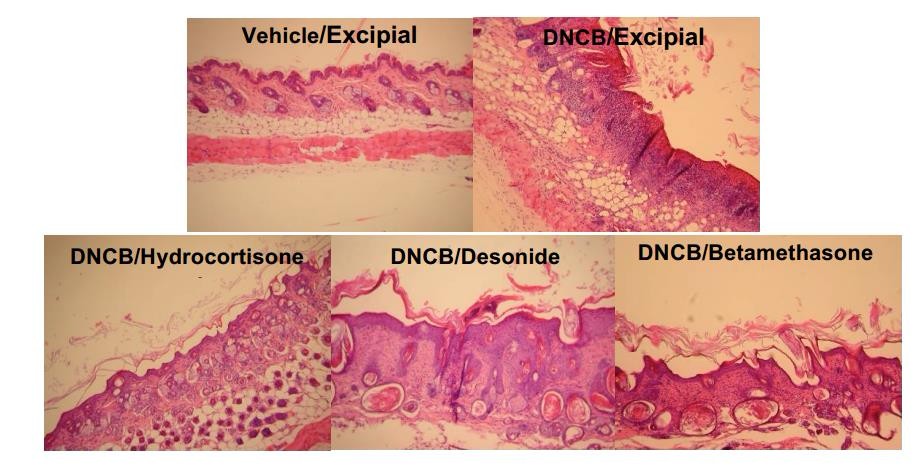 Figure 3: Effects of treatments on histopathological changes in skin at the end of the experiment (x10) (Day 40) 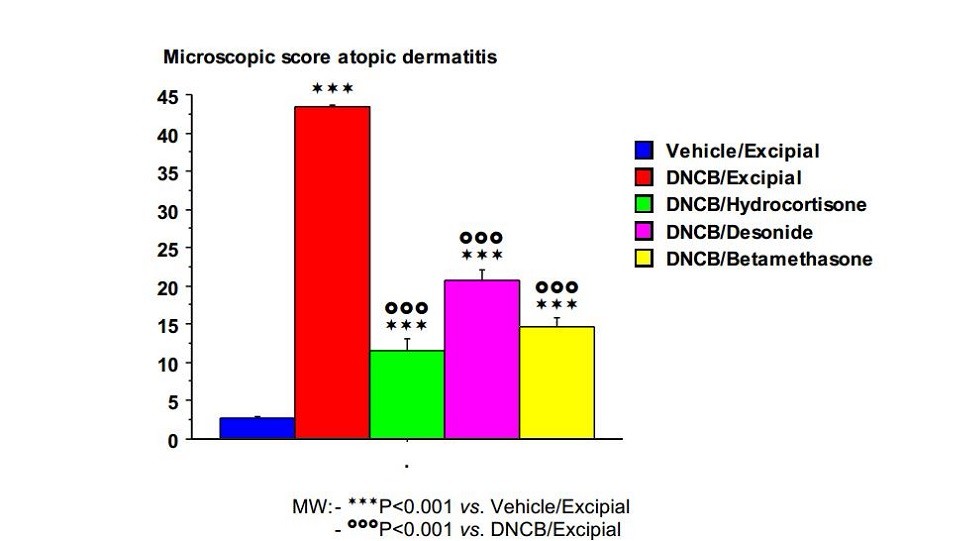 Figure 4: Effects of treatments on the microscopic score of atopic dermatitis at the end of the experiment (Day 40) 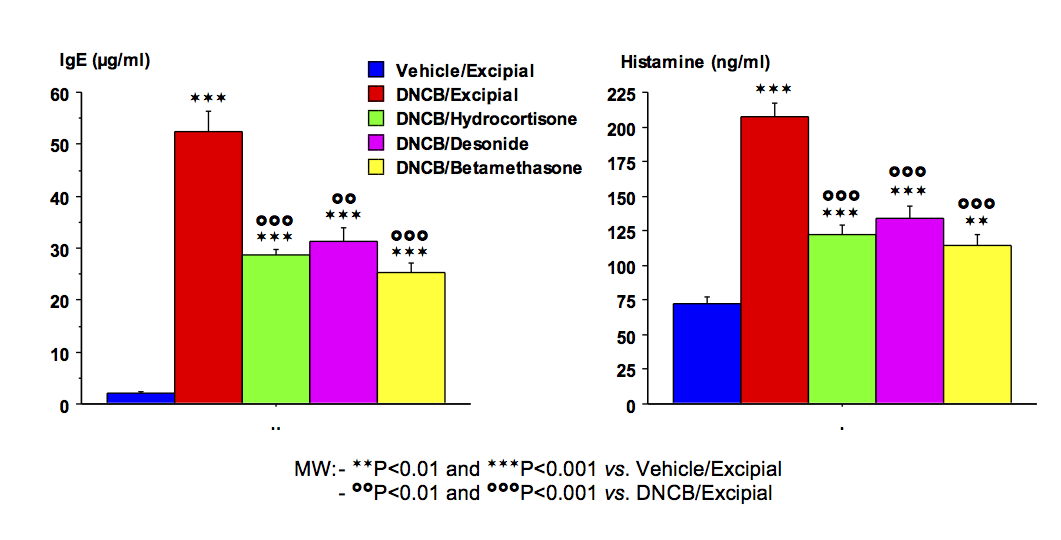 Figure 5: Effects of treatments on blood serum levels of IgE and histamine at the end of the experiment (Day 40)

ETAP-Lab has strong experience in the field of dermatology research by developing a wide portfolio of original in vivomodels. 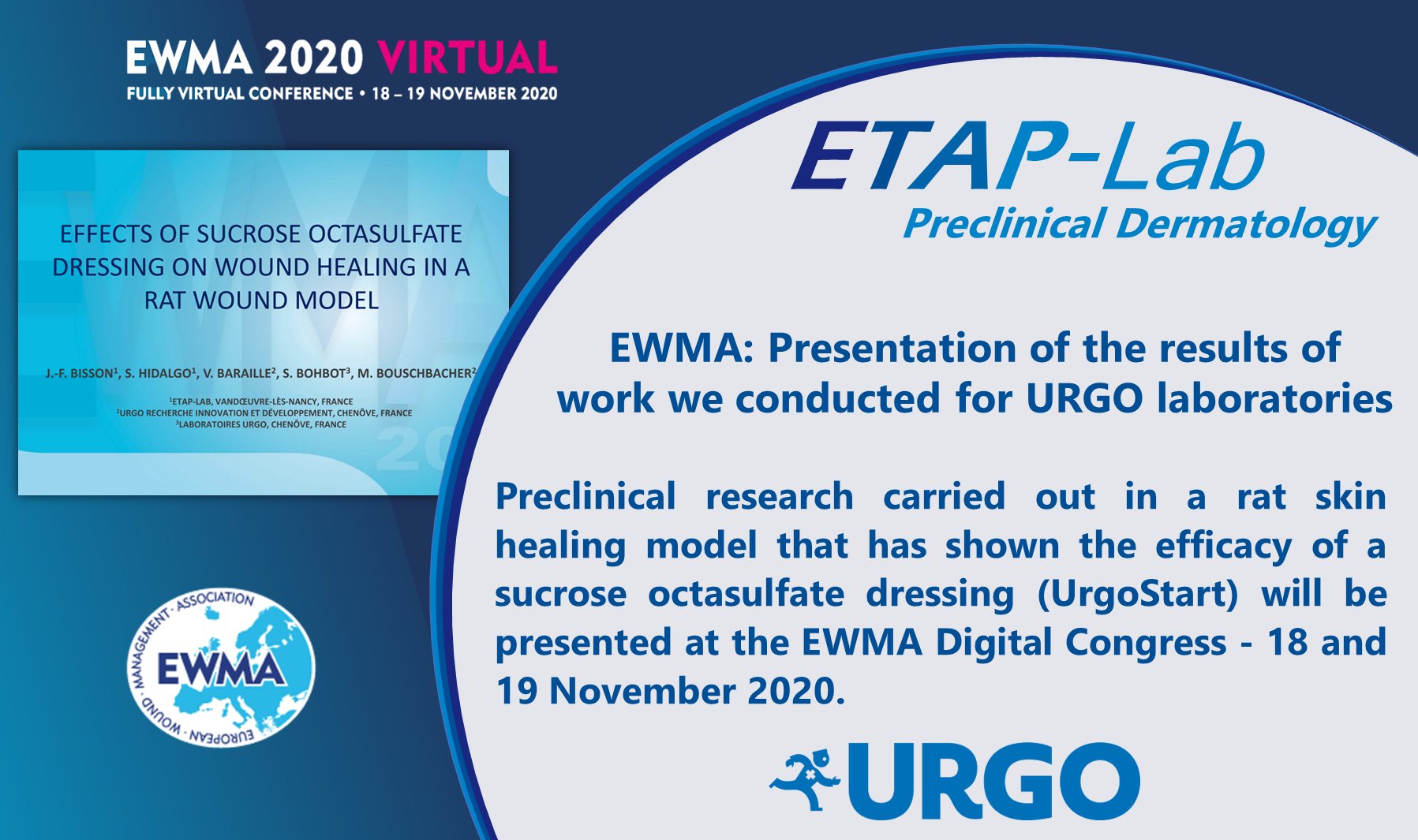 EWMA: Presentation of the results of work we conducted for URGO laboratories